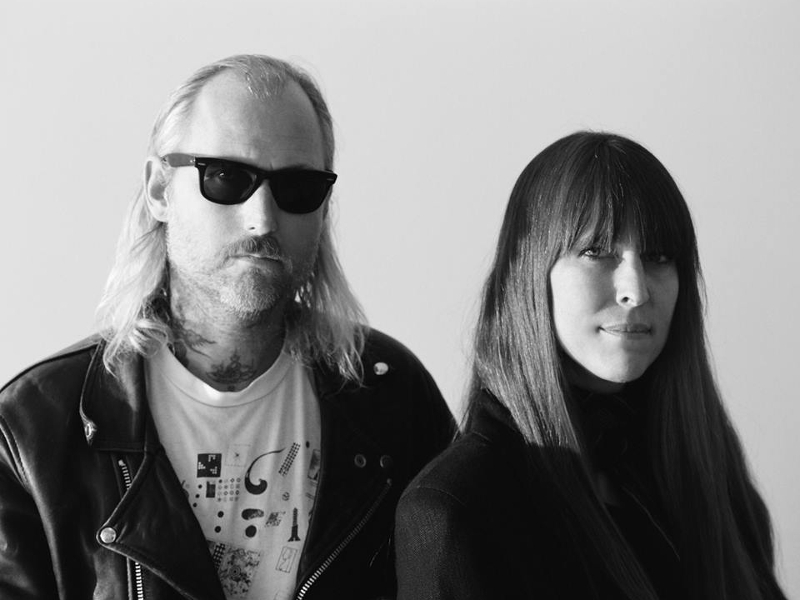 Peaking Lights, the electronic project of Los Angeles based duo Indra Dunis and Aaron Coyes have released a super groovy as fuck new track ‘Mirror In The Sky’, one of their two contributions on the new Mexican Summer soundtrack to new film The Self Discovery For Social Survival, dedicated to surfing and surf music. On it they continue to ply the rich vein of focused dance music they began on their 2017 album The Fifth State of Consciousness and continued on last years Sea Of Sand EP for Dekmantel, The track’s intro is characterised by a super active array of steel drum inflected rhythms which are then deployed to surround a pulsating four on the floor beat. This sets the scene for its effortless transformation into an intense yet strangely laid back mixture of dreamy house, dub, synth pop and electronic.

Listen to the Peaking Lights track below which you can also find in our New Experimental & Electronic Playlist on Spotify here. The Self Discovery For Social Survival soundtrack is out July 14 on Mexican Summer. Find the tracklist below and pre-order it here.

Mirror In The Sky

From the forthcoming compilation,’Self Discovery For Social Survival’, Mexican Summer. Out June 14.

The unofficial start of summer is traditionally marked by sunshine, warmth and highway traffic, but can also be gorgeously mesmerizing and calming as well. Peaking Lights have soaked up the latter in their sound – A trippy, refracted style of electronic, dub and pop music that has in the past been offset by heavy lifts of experimentation, yet transcendentally open to what it has and will become at any given moment. That being said, Indra Dunis and Aaron Coyes couldn’t be a better choice as soundtrack contributors to The Self Discovery for Social Discovery, a soundtrack for the forthcoming documentary about surfers and surf music helmed by their label Mexican Summer and the brand Pilgrim Surf + Surf Supply.

“Mirror In the Sky” is not only a listen befitting for basking under the sun while toppling the crests of ocean, however, as it’s organically an expansion of the Wisconsin duo’s cosmic disco floor they began exploring on 2017′s The Fifth State of Consciousness. Steely percussion drives the tisten into an alternative dimension where it’s met by an other-worldly collision of synthetic waves, a four-to-the-floor pulse, and Dunis’ voice floating in and out of the atmosphere, questioning reality from dreams, transforming the senses along with it. All you have to do is press play, and there isn’t a better place you’d want to be than in your own head.