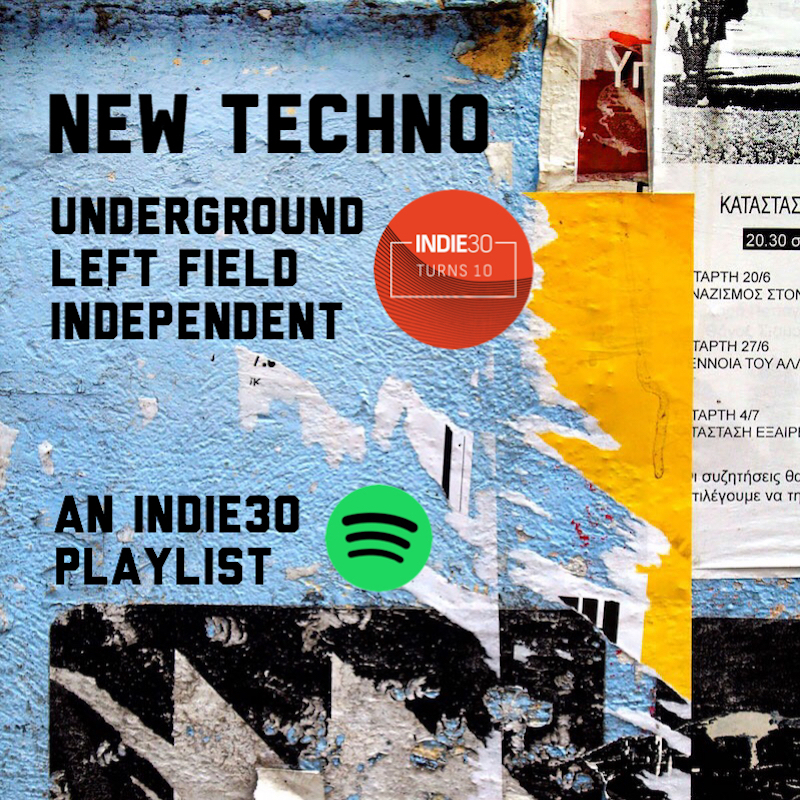 Since Wednesday we’ve virtually obliterated our New Techno Spotify Playlist with no fewer than 26 new tracks being added. You can find those removed here. Wide as much in their musical scope as their creator’s ambitions, we begin with the kaleidoscopic patterns of ‘Faces On Ankles’ from London based American left field producer Karen Gwyer who we posted about yesterday and follow it up with a track from the new EP Sound of Our Mothers’ Mothers from Berlin based Italian duo Subradeon.

We then significantly and unashamedly front end the list with some long overdue techno of the dub, deep and minimal variety with the highlights being tracks from Swedish producers Linn Elisabet and Samuel L. Session and German foursome Desroi, Marcus Sucket, Nadja Lind & JakoJako.

Such boundary pushing continues albeit in harder form from Colombian producer Gotshell and Singaporean equivalent Xhin before we hear tracks from the release of the third and final tranche of Drenched from SHXCXCHHCXSH’s Hannes Stenström aka SSTROM and the next instalment of English producer Surgeon‘s Raw Tracks EP series.

We also feature all four tracks from NEW the Korpus 9 compilation Anabiosis: Injection A. They come from Thessaloniki producer Nikola Gala, Lisbon based member of the Hayes Collective José Diogo Correia aka Re:Axis, Italian producer Hanubis and Russian equivalent Confluence.

The remainder come from tracks we added last weekend by K-Lone, JP Enfant, Steve Bicknell and Denise Rabe. Access the playlist below or find it here on Spotify’s web player. All techno tracks removed from this New Music playlist end up in being collected in our Tracks of 2019 Series further below and also here. If this doesn’t satiate even the most hardest to please techno tragic we don’t know what will. If you agree, follow us.