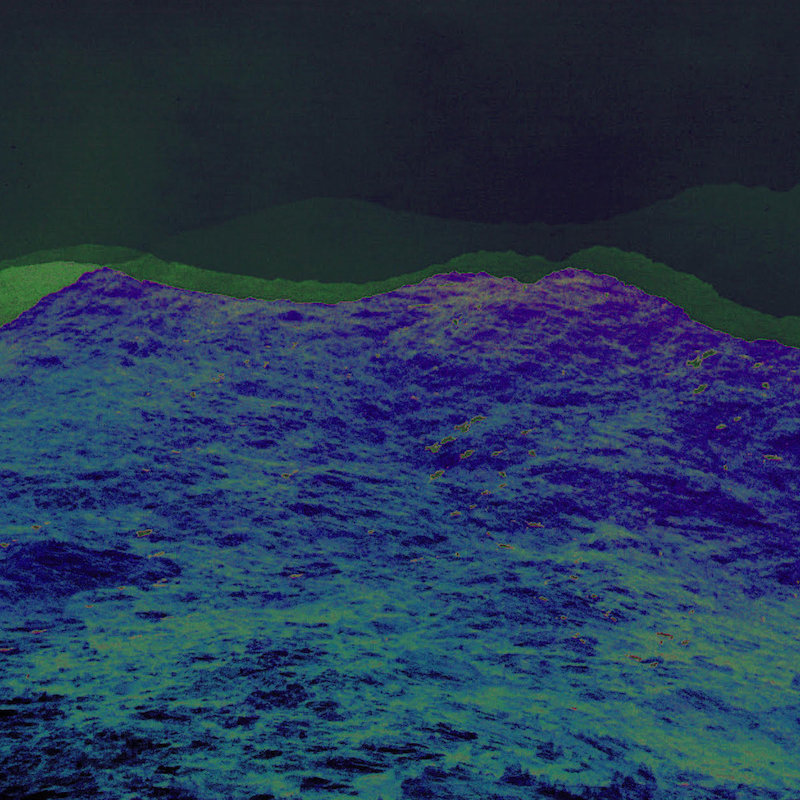 After a long hiatus, late last month Istanbul experimental electronic artist Pınar Üzeltüzenci aka biblo, marked her return to music with the release of her new four track EP, Leke (stain). It’s her first standalone solo release since her breakthrough 2014 album Absence and sees her move thematically inward using her considerable sonic palette to explore the concepts of ugliness and imperfection and the invisibility to others of the emotional marks and stains life accumulates.

Her third release Absence was created upon her return to Istanbul in 2013 after time spent in Berlin and a stint honing her craft with the Red Bull Music Academy. Her return home coincided with a time of great social and political tumult in Turkey and given Üzeltüzenci’s progressive political and social outlook, the album’s themes would inevitably end up being influenced and marked by the threat, now realised, to hers and Turkey’s democratic freedoms. In this light, the album became a viscerally emotional and deeply personal real time response to the clashes between the intellectually and politically diverse array of interests that coalesced into the Gezi Park movement and the growing power and dictatorial tendencies of a conservative and authoritarian regime.

These events and the wave of government repression that marked their aftermath had a profound impact on Üzeltüzenci and together with the deep and intense focus that she committed in making Absence, they took a considerable personal, emotional, artistic and political toll. In 2015 this would necessitate her decision to press the pause button on her musical career and return to academic life. Apart from releasing two long untitled pieces as part of a dark, ambient and drone driven collaborative split EP with Duisburg duo [B O L T], it was a pause that would last into 2018.

The four tracks that make up Leke were written gradually in pieces across much of 2018 and the early part of this year. Almost a eulogy to imperfection, its an at times unsettling and confronting affair but also an honest and empowering one. Leke represents Üzeltüzenci’s determined journey to normalise the ugly and take ownership of the emotional marks and stains caused by natural flaws and injuries both inflicted and self-inflicted. It also is about her fascination with the disruption and destruction of beauty sought after as perfection and the actions that attempt to put a stain on and sabotage its false and artificial nature.

Deconstructive lead track ‘Stigmata’ serves to create and then strip away. It opens with ebbs and flows of synthetic bass and valve like percussion. Icy vocals are then surrounded by a variety of constructed beats and affected sounds which when fully unpacked, suddenly unveil a sense of realisation in the form of a crashing crescendo. Signs of silence then slowly emerge slowly as each element is removed to leave total exposure. ‘Her, Me’, the EP’s standout, reads like a work of sonic duality seemingly representative of the space that exists between confusion and clarity, where inner and outer notions of self perception often dwell. Confusion is represented by the track’s abrasive distortions and disorienting rhythms and clarity by a determined pulse that never wavers and clear eyed vocals.

The multiple loops that gradually come together in disturbing fashion on ‘Delik’, which means ‘Hole’, are almost akin to the negativity that swirls and builds around the experience of being in a deep emotional rut. Each loop can be interpreted to be the representation of a negative self-mantra that when continually applied only serves to dig the emotional hole deeper and make escape more difficult.  ‘Social’ closes proceedings with a dramatic tension, its foreboding bass line, cacophonous vocals and hi pitched synth seem to collectively catch the constant worry and insecurity that surrounds the covering up of faults and flaws in the pursuit of unattainable ideas of beauty and perfection

The disparate yet unifying nature of Leke represents a confident and welcome return for Üzeltüzenci’s under her Biblo moniker. Her abstract use and presentation of oppositional and intersecting musical ideas and characteristics serves simultaneously as jarring but strangely empowering. It is demonstrative not only of her compositional skill but deep understanding in harnessing music’s intellectual and transformative power. It also evidence of her knowledge, both intellectually and personally, of the social complexities behind the themes and concepts she explores. In exploring those themes, Leke serves a dual purpose that speaks to the importance of honesty and humility. It is Üzeltüzenci’s sonic portrayal of the self-inflicted damage done when we judge our flaws and mistakes, mostly invisible to others, with personal gravitas and negative stigma. At the same time is also about the importance of owning that invisibility, putting memory in perspective and learning to co-exist at peace with our imperfections.

Leke is the third release from Istanbul’s newly minted experimental and electronic label Transferans and is available digitally here. Listen to ‘Her, Me’ below or alternatively stream the whole EP on Spotify.

From the EP, ‘Leke’, Transferans.