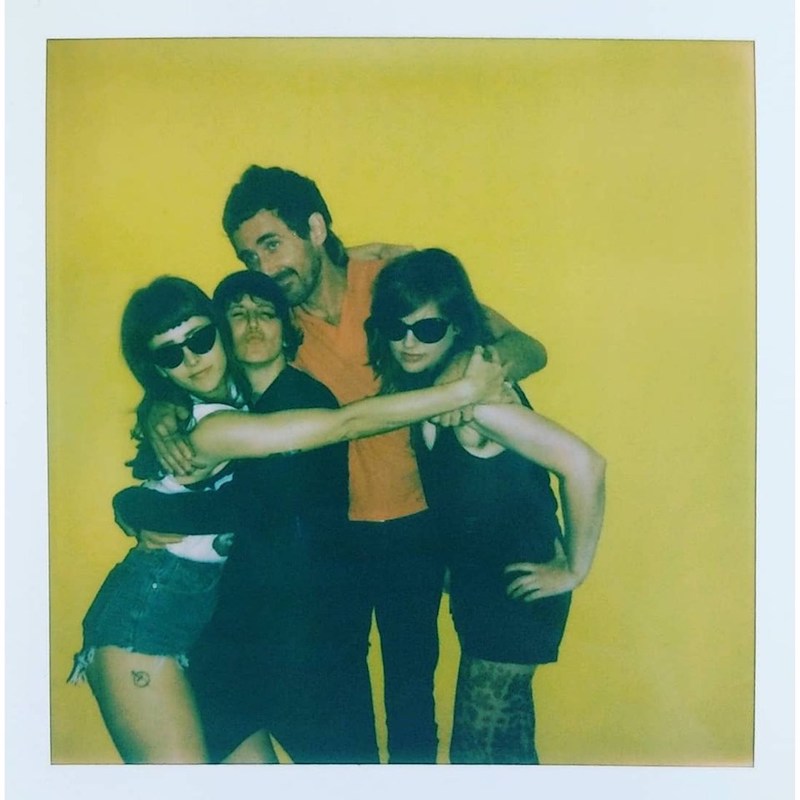 For those unfamiliar, Melbourne based experimental psych-noise-punk-rock quartet Tropical Fuck Storm are an underground Australian supergroup of sorts, one not averse to wearing their political and social hearts on their sleeve and staring down power with a steely resolve, unpretentious intellect and a healthy dose of self-awareness. Formed in 2017, the band consists of drummer Lauren Hammel from High Tension, guitarist/ vocalist Erica Dunn from Mod Con, Harmony and Palm Springs and The Drones pairing and band founders guitarist/vocalist Gareth Liddiard and bassist Fiona Kitschin. Having released their rightly angst ridden debut album A Laughing Death In Meatspace in 2018, which in acerbically and abrasively honest fashion, rounded on the absurd fucked up world human beings have made for themselves, barely a year later in mid June they announced that their second album Braindrops would be released in August.

Since then they have released two lead in singles, the chaotic ironically named album opener ‘Paradise’ and the post punk art of ‘The Planet of Straw Men’ and last Friday saw them share the third complete with video. Penned and sung by Dunn, ‘Who’s My Eugene? its subject matter is both abstract and and layered. It utilises the disquieting disconnect between the sunny musical and climatic disposition of the Beach Boys and the Californian coast respectively and the unhealthy closeted relationship between Brian Wilson and his dominating psychiatrist Eugene Landy. They serve as irony and metaphor for Dunn’s anxiety about losing herself in the fraught and all-encompassing and potentially controlling nature of love and relationships.

For three of its four and a half minutes that’s represented musically by a scratchy and restrained piece of paroxysmal funk characterised by tortured guitar inserts, a shuffling off kilter rhythm and Dunn’s quizzical delivery. Suddenly the restraint gives way to a fully heightened outro. Turbulent guitars ride in on a driving low end amidst a disciplined flurry of drums. It’s powerful stuff as Dunn ups the ante by demanding to know if her significant other will be as beguilingly innocuous as a Beach Boy tune or her Eugene Landy. She describes the meaning behind the song in her own inimitable way thus;

“I had a dream that I was served Brian Wilson’s face at a restaurant and it tasted good and I woke thinking that I had to write about the doomed facade of the American dream cos the famous beach boy couldn’t swim and Dennis drowned. But that idea has been so over cooked by acid casualty hippies that I decided to write about my fear of falling in love with anybody because of the anxiety that they could either help me express myself or keep me locked in psychological torment a la Eugene Landry and Brian.”

Listen to ‘Who’s My Eugene’ and the previous two singles below and watch its Lauren Hammel and Helena Holmes shot video, which sees the band having a laugh and hamming it up on an Italian beach. Taken together, the quality of all three tracks suggests Braindrops, due on August 23 via Flightless and Joyful Noise will more than deliver on the promise suggested by last year’s debut. Pre-order the album here. North American, Australian and European tour dates below.

The Planet Of Straw Men 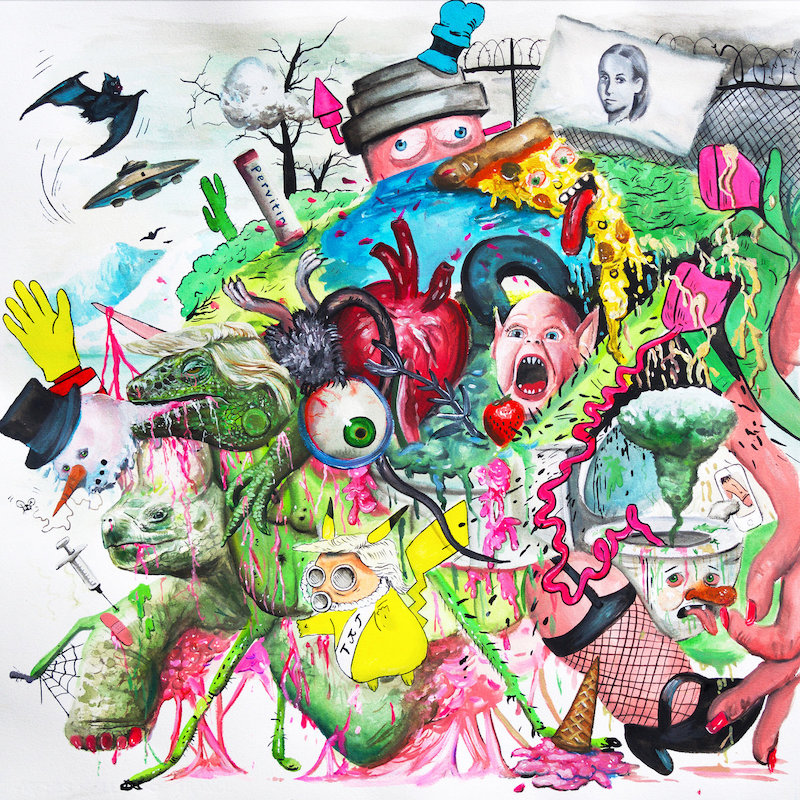 With Pinch Points & All The Weathers

With Surfbort & All The Weathers