NEW POP/ROCK – AN INDEPENDENT MUSIC PLAYLIST BY INDIE30 ON SPOTIFY 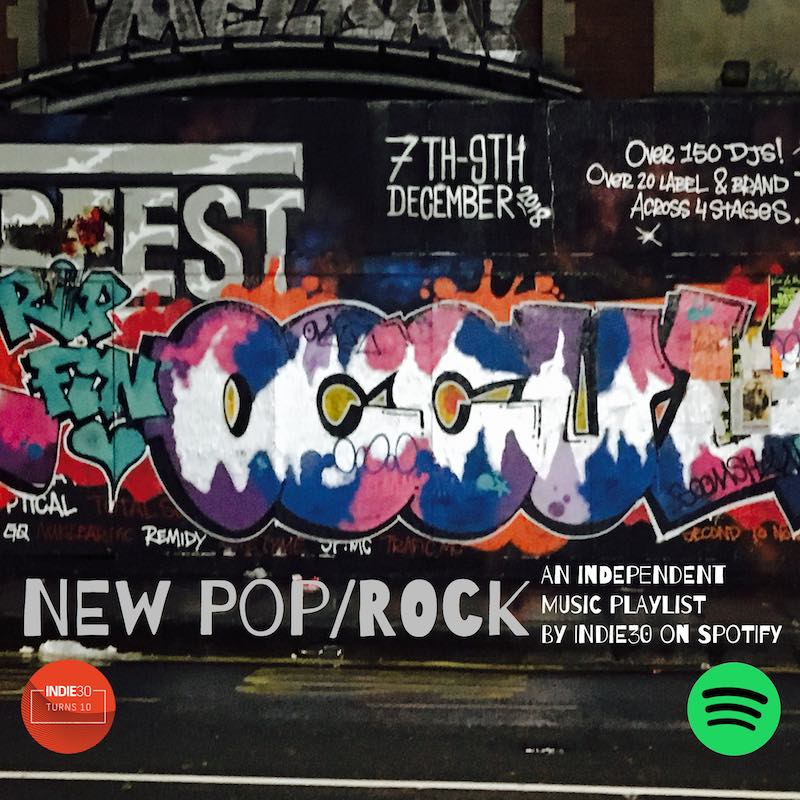 NEW POP/ROCK – AN INDEPENDENT MUSIC PLAYLIST BY INDIE30 ON SPOTIFY

UPDATE: The dreamy melodic grunge of ‘You Call Me’ by Perth quartet Bells Rapids from their self titled debut album released last week and the disciplined power pop of ‘Call Me When It All Goes Wrong’ by London duo The Rails from their new record Cancel The Sun just added.

Norwegian artist Shikoswe kicks off our current New Pop/Rock Playlist on Spotify with the airy nostalgia ‘Eyes On You’ from her perspective driven new album Back In The Tall Grass. Following her in order of play is ‘World’s Fair’, the taut yet expansive new single from Jenn Taranto’s Medejin, a project she named after her Colombian hometown. Summer Flake, the band belonging to Melbourne based artist Steph Crase has released the third single from Seasons Change due out August 30. ‘Mind Reader’ begins in beguilingly circumspect form with an almost tropical lilt backing its almost western and psychedelic feel. Crase’s superlative guitar work makes for a powerful finish which is foreshadowed by its cathartic chorus. The latest single from Greta Kline’s New York City outfit Frankie Cosmos is the uplifting ‘Wannago’ which will be found on their forthcoming album Close It Tightly due September 13. Norway bookends the first five with the off kilter new single ‘Football’ from Oslo artist Simen Mitlid. It will feature on his new album Neutral which will also be released on the 13th September.

Californian five piece Sun Colony have a bright psych-pop inspired single out called ‘Breeders’ while Llovers, the five piece outfit from Stockton on Tees have taken a heightened approach to theirs, releasing a ball of dramatic energy with the plaintive ‘Honestly’. Fremantle outfit Spacey Jane are also back, this time with a fine hybrid of jangle/power pop with  ‘Good On You’. The jaunty ‘Throw It Up’ is the new single from Welsh pop/rock quintet Seazoo while ‘The Thirsty Garden’ comes from ‘Spirits & Embellishments’, the forthcoming album by Los Angeles based band Behavior out October 18. ‘More Than I Do’ is the latest single from English veterans Sleeper off their album from March this year, The Modern Age. The grungy pop number, ‘Planet Blue’ by Bloomington artist Amy Oelsner aka Amy O completes the tracks added today.

As we shared on the social media this morning, the remaining tracks come from

Those 12 removed to make way from today’s additions can be found with 603 more in our massive Tracks of 2019 Series Pop Rock Playlist here and below.