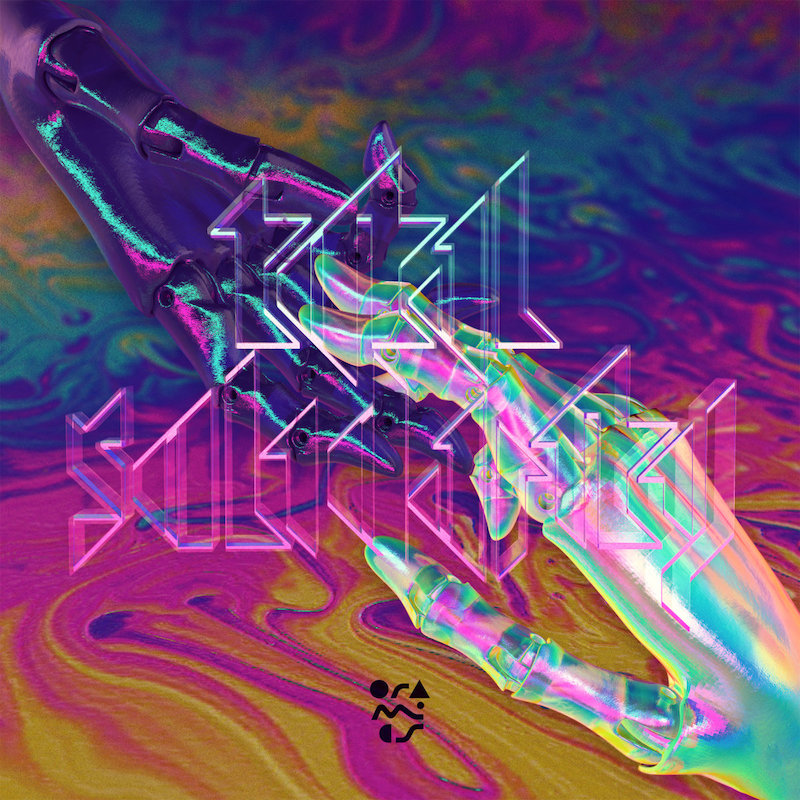 It was with a mixture of great disappointment, sadness and anger to learn not only of the anti-LGBTQIA+ violence against the Pride march in Białystok, Poland a few weeks back but of the alarmingly insensitive response by the Revive/Interior Festivals whatever their reasoning. In the wake of an attack on a community intrinsic as it is indispensible to dance music and culture, the festival’s declaration of “neutrality” and a “revive free of politics” where “objective truth depends on the point of view” was beyond insensitive and rather telling. We noted and were heartened by the swift and critical response from a number of artists, notably this from the Northern Electronics crew.

So on a positive note it was pleasing to see Unsound and others come out and rally around the community and more than pleasing subsequently to hear of plans to release what has ended up being a massive 121 track and counting compilation put out this weekend to raise money in support LGBTQIA+ people and organisations in smaller Polish cities and towns. It was created by Oramics, a Polish based platform and booking Agency dedicated to empowering women, non-binary and queer people in the electronic music scene and Vincent Koreman aka Drvg Culture. the founder and owner of the Dutch left field electronic and techno label New York Haunted.

Two Polish solidarity organisations Kampania Przeciw Homofobii and Miłość Nie Wyklucza who monitor homophobia and provide support for LGBTQIA people have agreed to help Oramics distribute all proceeds from sales of the compilation to more isolated organisations in the smaller cities and towns of Poland where discrimination, intolerance and bigotry is highest and much needed support often lacking.

On the release and initiative, Oramics put out this statement

Instead of total hatred, we give you TOTAL SOLIDARITY. We present you with the compilation created thanks to the cooperation of Oramics collective and the person behind New York Haunted label – Drvg Cvltvre. All proceeds from the digital sales will support Polish queer organizations: Kampania Przeciw Homofobii and Miłość Nie Wyklucza, who monitor homophobia, provide all kind of support for queer people and have agreed to help us redistribute the proceeds throughout LGBTQIA+ organizations in smaller cities and towns of Poland, who need them the most.

Among the supporters of our action, you will find international headliners, underground stars, beginners, heroes from our local scene in Poland and music from the members of Oramics collective.

In recent years, we have observed an evolving campaign of homophobia run by the right-wing Polish government, spread by the government media and fuelled by the Catholic Church. We have heard that the LGBTQIA+ community is a plague, a dangerous ideology, a threat to morality and Polish culture and should be fought with fire. These words caused an eruption of violence, e.g. recent pogrom-like attacks on a Pride march in Białystok and targeting queer people on the streets as well as their allies wearing rainbow symbols. This atmosphere of disrespect, violence and hate leads many Polish queer people to depression, migration or even suicide.

The electronic music scene in Poland has recently taken a stand and many initiatives, festivals, collectives and clubs declared their solidarity and support. We want to take it further and do what we do best: share our passion for music and creating spaces where we can all feel free and at home. Music, art and the club scene are all parts of culture which is not and cannot be indifferent to historical and social turmoils or political oppression. Quite the contrary, it has always been the voice of resistance. Club culture is something more than hedonistic sounds letting you forget about your everyday life, it is something more than a way to make money – it is a tool that can help other people. Apart from the fundraiser party at Jasna 1 on August 9th 2019, we present you with the compilation “TOTAL SOLIDARITY” created thanks to the cooperation of Oramics collective and the person behind New York Haunted label – Drvg Cvltvre. All proceeds from the digital sales will support Polish queer organizations: Kampania Przeciw Homofobii and Miłość Nie Wyklucza, who monitor homophobia, provide all kind of support for queer people and have agreed to help us redistribute the proceeds throughout LGBTQIA+ organizations in smaller cities and towns of Poland, who need them the most. It took us less than a week to collect more than 100 tracks from all kinds of electronic music genres, from various different producers from far and near who wish to support the queer community in Poland. Once again we want to pay respect to the roots of club culture in queer, people of color, anti-gentrification, anti-state oppression struggle. We want to say, sing and bang it out loud: Queer rights are human rights. We’re in this together.

The fight for equality in Poland is an ongoing battle, so the compilation has an open formula – whoever wants to contribute after the release, please contact us.

Big thanks to Berlin-based Uferlos Studios, especially Rey KM Domurat for their hard work mastering the whole material. We cannot express how important this work was for us!

Indie30 expresses its full support for this and other inclusive initiatives aimed at safeguarding and furthering the rights of LGBTQIA+ communities and other marginalised communities everywhere. The rise of right wing power and re-emergence of fascist beliefs in mainstream politics are developments that should raise maximum concern and eternal vigilance in all of us.

Listen to the appropriately named ‘False Neutrality’ by Warsaw DJ/Producer Andrzej Frelek aka Lensk from the release and check out the extensive tracklist and note the participating artists below. The intention is for the compliation to become open source and further tracks and artists added. You can (and should) support this initiative and at the same time pick up some quality electronic music here.