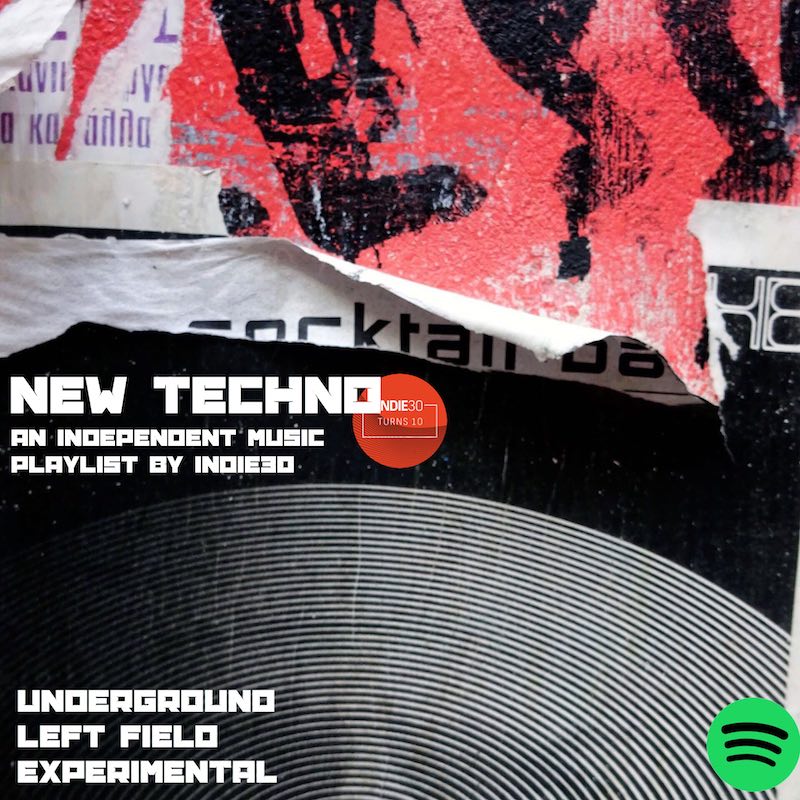 We begin the current incarnation of our New Techno Playlist on Spotify with the fabulous and free floating ‘Models of Wellbeing’ from Utility, the debut album for Ostgut Ton by Sam Barker. The producer, programmer and creator of musical hardware has created a record as energetic and empathetic as it is mathematical and mechanical and one that more than delivers on the promise of last year’s debut EP Debiasing. The immersive and transcendental ‘Blind Project’ is from Athens producer Nick Miamis aka Side Liner off the third three track compilation for the nascent Cosmicleaf deep techno imprint Koslif. American experimentalist Seth Horvitz/Rrose announced the forthcoming release of their debut album Hymn To Moisture. ‘Columns’, the first track shared is a meticulous work that simultaneously conveys in music and sound the essence of oppositional elements and forces with ease. Hymn To Moisture is out November 9 on EAUX.

The granulated liquidity of ‘Red Code’ with its powerful bass and precise percussion is from Vision 1 – Nysa, the latest EP for Vision Ekstase from Stuttgart producer David Löhlein. The restless and pacy ‘Eye’ is lifted off 4×4, the new EP for …from English producer Jesse Kuye aka J Tijn. Berlin based English equivalent Steve Bicknell contributes the effects and atmosphere filled ‘Emotional Dissolution’ from his new EP for 6Dimensions,

The penetrative acid soaked maelstrom that is ‘Dark Skies’ comes courtesy of Calgary based hard technoist Krystle Brieger aka Kloves from the excellent debut full length album Freaks out through their own imprint Obskur. We then venture on to the Iberian peninsula to take in four tracks in succession, crossing the back and forth across A Raia/La Raya twice. Spanish techno functionaries and Polegroup mainstays Seleccìon Natural have returned with the obsessively sequenced two track Split Didactics EP. Maniacal yet measured intensity formulates the flip sider ‘A New Description, which has Reeko’s prints all over it. Portuguese producer Lewis Fautzi, also a member of the Polegroup family, dropped his Extinction EP for Soma this week. The closer here ‘Extinction 4’ boasts a resplendent industrial resolve. Back to the Spanish capital and the layered polyrhythmic reverberations of ‘Castigo’. You’ll find it on the new EP for Safe Creative Bsc 0.96 from Madrid producer Structural Form. Portuguese producer and Hayes member José Diogo Correia aka Re: Axis returns to the playlist with ‘Rays Of The Sun’, the title cut from his 5 track EP for Planet Rhythm.

Buenos Aires based Venezuelan-Italian producer Michel Lauriola continues his ongoing run in this playlist and follows up ‘Secret Destroyers’ from the three cut EP of the same name with the clatteringly substantive ‘Code 1201’ from his new five track EP Trees Remain on Children Of Tomorrow. Hamburg producer Thomas Hoffknecht also makes another appearance with the immediately assured ‘Walking Waves’ from his new EP Deep Blue on Korpus 9. Munich based producer Myk Derill superbly restrained left fielder ‘While’ is from his new three tracker Through The Times Part 1 (The Past) On Credo. Lucy’s Stroboscopic Artefacts is the home for Berlin via Bielefeld producer Denise Rabe‘s new EP Manifesto. The thumping intensity and focus of its title track will have you transfixed with intent.  The propulsive width and diverse turns of ‘Yes, No. Never Appropriate’ comes from Anticipate Home, the new self released EP from Kevin Wickertsheim aka Wice.

The relentless analog driven locomotive drive  of ‘Autophagy’ can be found on the new three tracker, again self released by Danish producer Noir. The rolling low end bass and starry yet eerie frequencies on ‘Hydrus’ comes from French producer Sylvain Guiraud aka Claws SG. The booming ‘Chamber of Sages’ is from Mislead, the new EP on  by English producer Billy Turner on Italian producer Kaiser’s label KSR. The oldest track added this week is the raver focused experimentation of ‘ooosshh!. With its ominous undercarriage and heavy distortion, it opens the impressive 20 track self released concept album Forming Tropical Cyclone from London based Swiss left field techno and electronic producer Franziska Lantz.

Access and follow the playlist here and below and if you get attached to a track that must be removed to make way for new music go to our Tracks of 2019 Series Techno Playlist here where  you’ll find it amongst 759 of the best Techno tracks released this year.