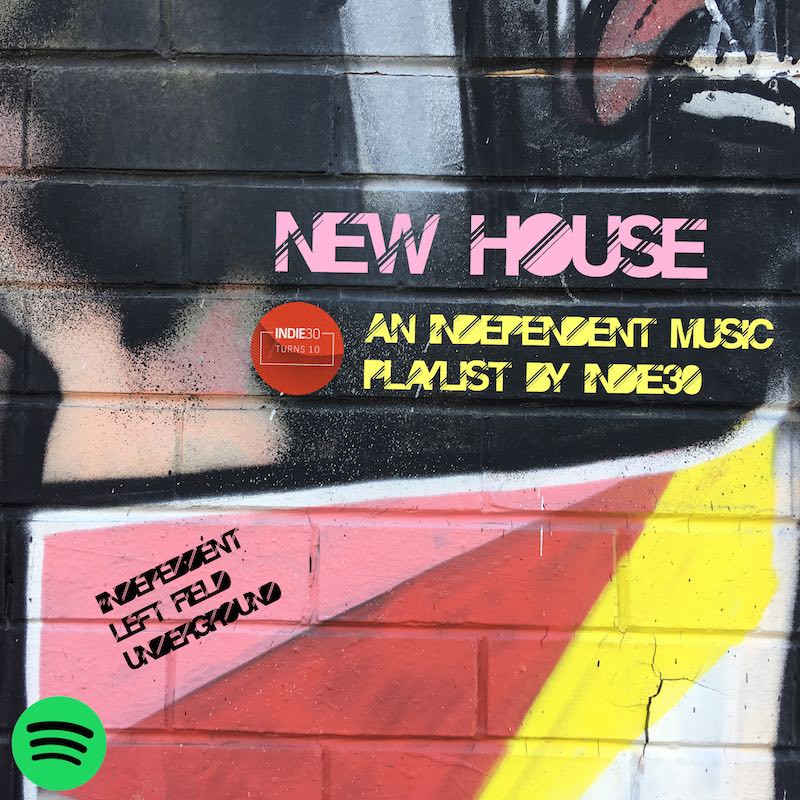 It’s been a while since we featured the comings and goings on our New House Playlist on Spotify. Before we get into the inclusions we’ve chosen from this week’s new releases, it would remiss not to mention that fact that two weeks ago we managed to overlook on of the releases of the month from London producer Warren Brown aka Wbeeza on his own Peckham Fly label. While everyone has been rightly raving about “Bodyman – Wbeeza Spektral Cut” being the standout cut on his new Spektral EP, we’ve plumped for the simultaneous sheen and analog grit of the minimal and deep ‘Scalar Field’ as our mea culpa and current playlist opener.

After being blown away by and reviewing one clipp.art release earlier in the week, KARLITA’s Lazydayz EP and stumbling across their August release, Root Bound by DJ Houseplants while doing it, the Melbourne label has made it a triple play with the new EP Internal//External from Melbourne duo String Theorem & Test Pattern. It’s the second EP the Autosea Dance Flaws and  and  and comes a year after their well received debut Paradise Architects.  ‘By Definition’ with its sublime bass line, pad driven drift, gloaming stabs and gradual emergence of acid is but one of the four quality cuts you’ll find therein.

‘Edge of the Mirror’ with its spacey synths and nocturnal groove comes from prolific Dutch producer Chris Stussy off his new EP Electro City Moving for Rutilance Records. The classic 90s sound of Detroit and Chicago are definite influences on the tech-house of ‘Walk’ from Leipzig producer Lydia Eisenblätter off Ground Zero, her new EP for OAM. London based Italian producer Federico Lange aka Fede Lng brings a more circumspect vibe to Flight Mode, his new EP for Axe on Wax and the starry eyed ‘Lyra’ wonderfully manages to maintain its author’s canny penchant for restless invention in composition.

Three more Italians then keep the playlist well and truly on a quality plane. Pietro Caprioglio aka Autre begins with the noir like escapism of ‘Wig Teleportation’, one half of two track single, the other ‘LA Funk’ on ESP. Riccardo Paffetti aka Black Loops followswith the sweeping and buoyant ‘Keep A Secret’ from his Gwei Lo EP for Pets Recordings. Sicilian DJ/Producer Manuold then completes that quartet with yet more 90s inspiration with ‘May’ the opener from his Fat Groove EP for Esuoh.

Access and follow the New House playlist here or below for the latest in independently released, left field and underground house release.