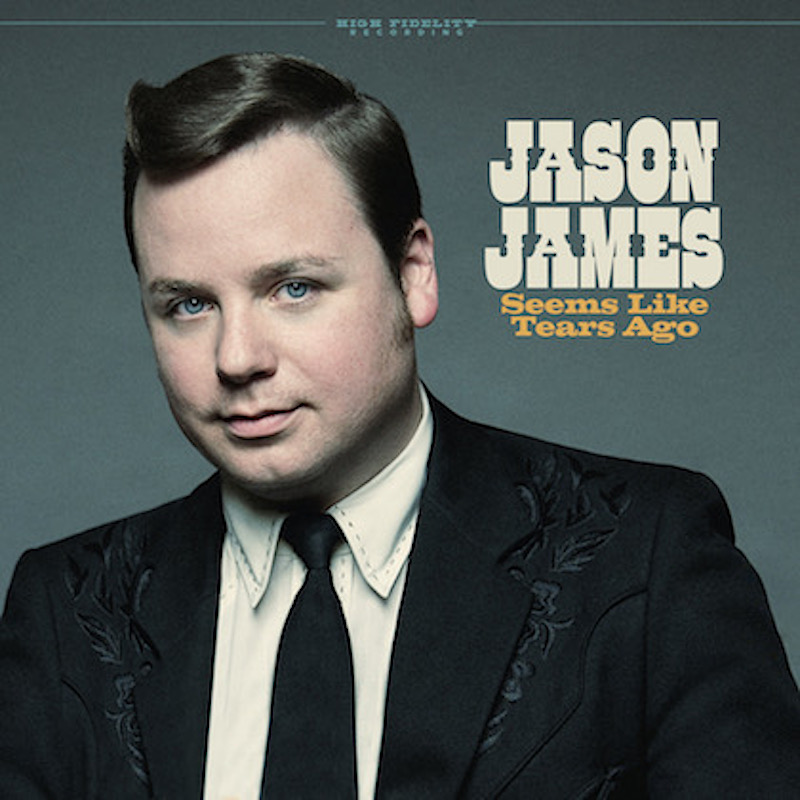 “I had people who were wanting me to get rid of the [pedal] steel, get rid of the fiddle. My feeling is, ‘Screw it, I’m just gonna do what I want to.’ It’s being honest to yourself. It’s a feeling that I get when I play these songs — there’s an honesty that’s conveyed. Some people may miss that. I’m just doing what’s in me, and if I go down I’m gonna do down swinging. At least I made the record I want to make.” Jason James to Gary Graf— Billboard 18/9/19

Soon after his self titled album debut in 2015 Houston country music artist Jason James was asked by his label New West, to sound a little less traditional on his second. Given writing classic country music in the most traditional of styles is his modus operandi and New West pride themselves on releasing new interpretations on old, a parting of the ways was inevitable. Keen to apply the musical meta-knowledge he’d learnt during those years with the Nashville & Athens GA based label, James was determined to cut a path to a musical future where he’d be in full control of all aspects of his music, make it in his own way and release it under his own terms. It took four long difficult years but that path was fully realised last Friday with the release of that second record, the astonishing and satisfying Seems Like Tears Ago on his own Melodyville Records label.

The lilt like rhythm, inflected pedal steel and the semi-baritone croon that marks the opening 15 seconds of the title track and album opener reveals that not only did James reject overtures to change his style and approach, he’s doubled down on the traditional. With lyrics earnest and sincere and a well rounded vocal style that’s pitched for purpose, James and his stellar Austin based cast of class A musicians* run us meticulously and effortlessly through ten classically compact interpretative country originals that unashamedly borrow, but never steal, from the likes of Hank Williams, George Jones, Lefty Frizzell, Merle Haggard and Buck Owens among others.

On its first half, upbeat honky tonkers like the two stepping and imminently danceable ‘We’re Gonna Honky Tonk Tonight’ and the sharper Owens and Bakersfield inspired ‘Move A Little Closer’ contrast appropriately with their more staid but no less effective predecessors. Those opening salvos, the Jones inspired title track ‘Seems Like Tears ago and its slightly sprightlier partner ‘I Miss You After All’ leave the listener in no doubt as to the necessary bona fides at the heart of artistic intent. And far from being a facsimile of others, the touching heartbreak ballad ‘Achin’ Takin’ Place’ and the personal and quaintly delivered love song ‘Simply Divine’ both serve to highlight the dexterity and unique character of James’ voice, The fiddle focused ‘Cry On The Bayou’ with its  Zydeco Cajun roots and playful vocal arrangements is further evidence to this effect and provides side two’s masterful centrepiece. It’s an appropriate counterpoint to the loss and devastation that precedes on the bittersweet ‘Coldest Day Of The Year’,  and the naivety and neurotic jealousy that ensues thereafter on dense and dynamic ‘Foolish Heart’ and the beguilingly benign ‘Ole Used To Be’ respectively. All told, 32 minutes of classic rolled gold country music.

Apart from its undeniable virtuosity in all aspects, two things stand out more than anything else about this album. It’s seen in how the track’s are arranged, it’s seen in the seamless way each musical elements complements the other and it’s seen in the idiosyncrasies that exist beneath the veneer of familiarity. The first is its understated nature and lack of pretence. Never does it overplay its hand or get ahead of itself. Song and story always come first and they benefit here both from disciplined songwriter and the innate interpretative skills of an experienced group of players. The second is the healthy sense of perspective that accompanies the deep respect James and his esteemed group of players clearly have for the myriad of influential and innovative artists that generated this vital form of country music. But it’s a respect that comes from deeds done and not one of idle stargazing or emulative dreams. There’s no awe-struck worship of country idols going on here and this is no virtuoso tribute show either.

And don’t be fooled by the garb James chooses and likes to wear for publicity shoots for he’s done the hard yards both inside and outside of something approaching the machine. There’s no over-wrought sense of grandiose ambition or any clamour to “make it”, whatever that “it” is. By refusing to compromise on his love for and enjoyment of the style he plays and remaining inside country’s traditional tent, James will probably forgo more notice than he gains and so it goes for the independent musician. In intent as well as in form, Seems Like Tears Ago is made from two of country music’s and independent music’s non-negotiable’s — a sense of humility and an insistence on authenticity.