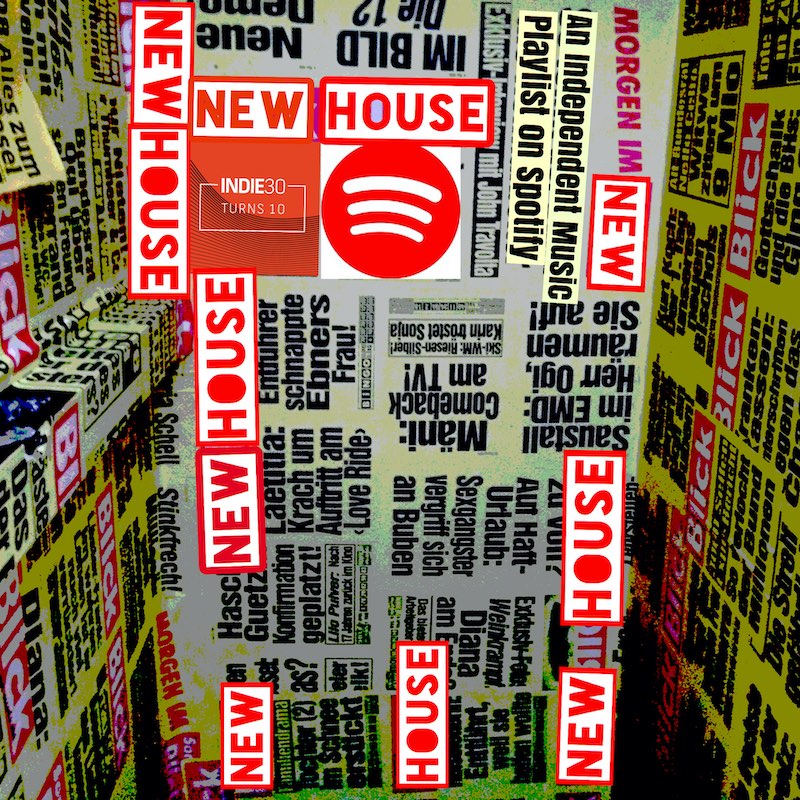 This weeks update of our New House Playlist on Spotify sees the addition of no less than 18 new tracks and we kick it off with two artists/producers releasing their debut albums, The minimalist and pacy tubular jam, ‘Want’ from London based Chilean spinmaster Shanti Celeste is from her excellent Tangerine out on her own Peach Discs imprint while the gorgeous tones of ‘Sunset’ from It’s A Business Doing Pleasure With You by Leipzig artist and producer Panthera Krause is also out now on Riotvan. Bit of a return to the disco dancefloor from New York City’s The Juan MacLean with the super functional ‘Body Language Pro’ from his new EP The Lone Dancer on Lovedancing. The heightened sound and rounded groove of opener Entre Nous comes from Dublin prodcuer Dec Lennon aka Krystal Klear off his new four track EP out called Cyclic One for Running Back. The piercing shuffle of ‘Round Up’ is from London duo Wax On Mare St and comes from their new Perceptions EP for Fuse London. Bogota DJ/Producer Felipe Gordon has released an early edit of the title track off his forthcoming four track EP Those Quiet Eyes of Yours, he’ll release on Razor-N-Tape Reserve in a fortnight.

The deliberative and percussion precise deep house of the title track to ‘Orot’, the new four tracker by Tel Aviv based duo Kadosh & Nariz* on microCastle. Two tracks are taken from Vol. 1 of Tamed Musiq‘s Ripperton Presents Zendama compilation, the fascinatingly accessible yet boundary pushing ‘Just For Me’ from English producer Matt Karmil and the icy skittered melodies of ‘Luminous Black & Emerald’ by Scottish equivalent John MacDonald aka Lord of The Isles. ‘Nightfall’ with its sparse but effective keys and slow burning melodies is Ryan Davis‘s solo contribution to the Sum EP for Just This he shares with Alex Banks. The off kilter and deep house infused ‘Reason’ is London DJ/Producer Maya Jane Coles‘ contribution to the upcoming FABRICLIVE ’20 Years of fabric’ compilation set for release next month. London via Auckland duo Chaos In The CBD have released a new two tracker Come Together on their own In Dust We Trust label. The trance like and delightfully functional of title track is in the mix here.

The sun kissed ‘Shades Play is Amsterdam based DJ/Producer Beraber‘s contribution to his two track split with Dasuke Honda out now on Cognativa, Last week saw Berlin based Korean-Japanese producer, visual artist, DJ and label owner Red Pig Flower release her new five track EP Mouse Trap on Serialism. The electronic experimentalist is in fine form here and enlists the vocals of Susanna on the tripped out title track. The electro inspired ‘Pressured Mind’ is the new single from Rome based producer Whitesquare and the fourth released on his own Whitesquare Series label. The industriously dark ‘factory_kids_’ is the latest gem released through Melbourne label clippart. by Berlin based Swedish producer and  Stina Francina. ‘Emotional Makeup’ is the new single from the coming together of English producers Joe Goddard, Justin Strauss and Marcus Marr who are releasing side work under the moniker of of Extra Credit. This one’s on Warm.

Access and follow this playlist here for the very latest in House music in its many hues. And there’s over 800 tracks to be found including the 17 this update replaced in our Tracks of 2019 Series: House playlist here. It features every House track featured in the New House playlist during 2019.

Every House track we’ve featured in 2019

NOTE: *We note that Nariz played the progressive Haoman nightclub last week in Tel Aviv, a venue that publicly states its support for Palestinian human rights and calls for an end to their state’s illegal and brutal occupation of Palestinian people. In this context and in good faith we have featured Kadosh & Nariz.

Being supporters of the The Palestinian led BDS campaign against Israel, we will continue to be wary of featuring Israeli artists on Indie30 until all Palestinian artists are free to pursue their artistic endeavours. We are also concerned about artists we feature benefiting from grants from a state which practices apartheid, is an illegal military occupier, guilty of land theft and a serial human rights abuser.