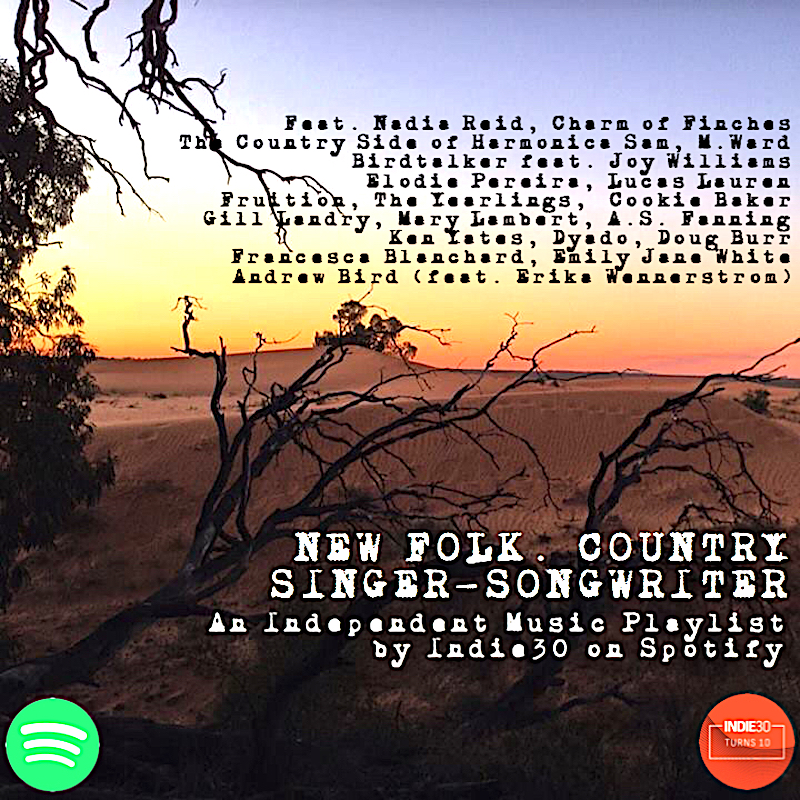 Our last Folk, Country & Singer Songwriter Playlist on Spotify features some fine new tracks to finish the year with. We start with the new single from Dunedin singer-songwriter Nadia Reid. The powerful ‘Best Thing’ is the first track to come from her new album Out of My Province due out on March 6 via Spacebomb. We would have like to have posted on this but the video is unfathomably unavailable in some parts of the world, including here in Australia. It has to be an error but if its not we don’t abide that sort of marketing silliness. Great track though from a truly humble A grade artist. The other stand out piece of news from the world of folk cam in the last week of November when Melbourne sibling duo Mabel and Ivy Windred-Wornes aka Charm of Finches self-released their eminently touching new album Your Company. We liked it so much we have made it our final album of the week for 2019. We could of chosen any of its 11 empowering and clear-eyed tracks but plumped here for the rhetorical eloquence of ‘Fish In The Sea’.

Other notable new tracks include the classic country goodness of ‘If That’s The Way It’s Gotta Be’ from the Swedish sextet The Country Side of Harmonica Sam. That slide guitar! It’s from their new record Broken Bottle, Broken Heart on El Toro. M. Ward is back with his soon to be released 10th album Migration Stories on Anti and the first single is a piece of surreal nostalgia in the form of ‘Migration of Souls’. Zack and Dani Green of folk outfit Birdtalker got together with Joy Williams from The Civil War for the beautifully sentimental ‘December Song’. French folk artist Elodie Pereira released ‘All That’s Said & Done’, a poignant ballad of tenacity and optimism.

The gentle emotion of ‘Dublin’ by Berlin based Australian artist Lucas Laufen. It’s taken from his new album I Know Where Silence Lives out on Berlin label Embassy of Music. Portland based quintet Fruition is set to release another record in the first month of 2020 following up last month’s Wild as the Night. The collectively written ‘Dawn’ will appear on Broken at the Break of Day out January 17. The heartwarming new single ‘Slamming The Dog Around’ is “an early Christmas gift, or just a nice way to conclude 2019” from Veteran Dutch quintet The Yearlings while he quizzically yearning opener ‘I Still Don’t Know What I Want From You’ comes from This Is Not A Love Song, the new album from yet another Melbourne artist, singer-songwriter Holly Ball aka Cookie Baker.

You can access this playlist here or below and look out for our best tracks of 2019 from this playlist over the next couple of weeks. Those tracks will come from our 700 track strong Folk Country & Singer-Songwriter edition of our Tracks of 2019 Series here and also below. Add these to your playlists by hitting the follow button and enjoy.