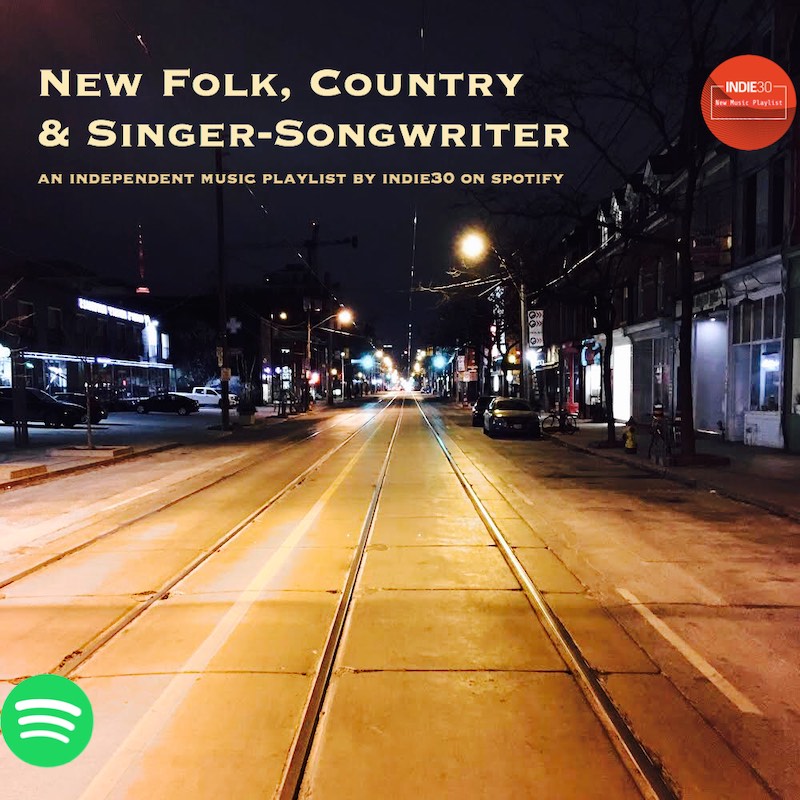 Check out and follow the playlist below. It’s regularly updated to reflect and highlight the very latest in quality folk, country and singer-songwriter related music.

*Editors Note: Not being particularly familiar with Pinegrove as a band or their music despite their popularity, I did not learn of Evan Stephens Hall’s sexual coercion of a woman until yesterday and upon finding out have removed Pinegrove from this playlist.  Indie30 is a strong supporter of the vitally important #metoo movement and does not want to be associated in any way with promoting music from entitled men who use their power, position and privilege and create or take advantage of contextual situations to predate upon or sexually coerce women. I acknowledge Hall’s public attempts at contrition and the band’s hiatus in response but the appallingly deflective, almost aloof article written by a friend and published by Pitchfork in support of Hall and obviously endorsed by him suggests that the penny does not really seem to have dropped.

With that importantly said, while acknowledging the artistic worth of Marigold as an album, on reflection in a music sense the band is not really country or folk enough for this playlist. There’s often a fine line here in general. And given our New Music Playlists are restricted to original tracks only, Jamestown Revival’s cover of the Crosby, Stills & Nash track ‘Helplessly Hoping’ was mistakenly added and has also been removed.