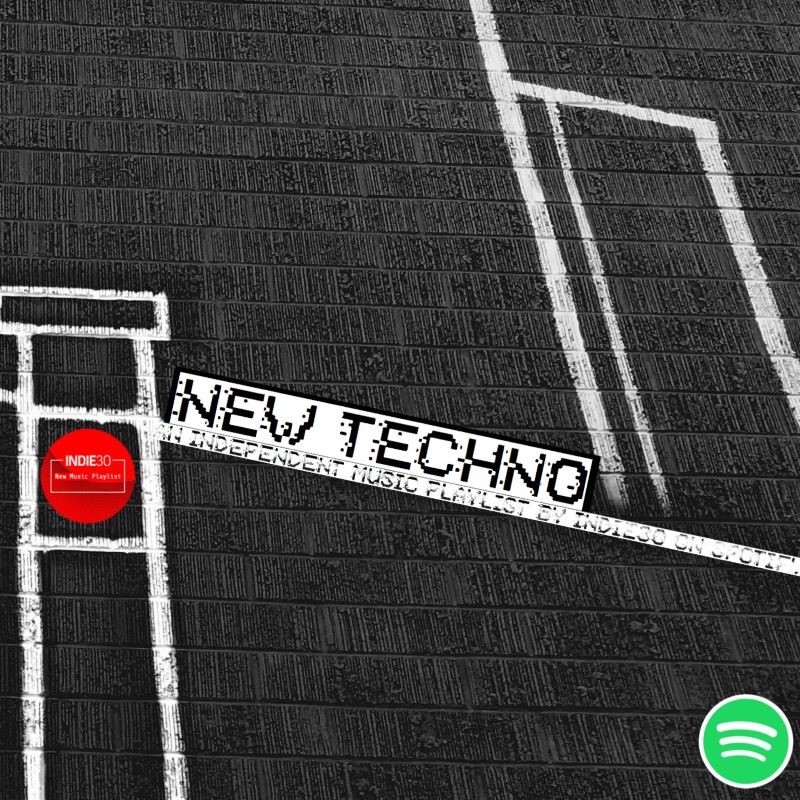 A veritable revolution has taken hold over on at our New Techno Playlist on Spotify with no less than 23 of the 30 tracks turned over. Each of new additions have been made available to streaming services over the past week and we begin this seismic update with eight fully powered heavy hitters befitting a revolution that takes no prisoners.

The eight have as their bookends the molten eruption of the percussively tough ‘Mental Chaos’ and the thrown down sheet iron menace of the poly-rhythmic ‘Frente’ from the Portuguese pair Roberto Silva aka Robert S (PT) and Artur Moreira aka Nørbak. The tracks come from their latest EP’s 19 and Praying to Silence on Counter Pulse and Mind Trip respectively.

In between them is a granulated earth shaker ‘Isometric Projection’ from French producer Keikari, the first of two cuts from the Secession compilation VA 1.0, the other featured later in the list from Japanese luminary Ryogo Yamamori. There’s the mind melting hold of ‘Aurea’ from English producer Ian Axide for Christian Varela’s Black Codes Experiments. The inexplicably named ‘Fish Flakes’ is a tough and raw affair from Berlin based Ryan James Ford who keeps the diverse nature of his release portfolio going in association with Clone’s publishing arm.  The clear eyed monster ‘One More Cartoon Please’ is by the French and Danish combination of Anetha and Niki Istrefi from the affirming collaboration EP with Hadone, Body Changes Are Natural out next month on Anetha’s label Mama Told Ya. The fully manic ‘Analog Controls’ is by Argentine Gonzalo MD from Accept The Future, his new EP for Decision Making Theory.  The fascinatingly precise and shapeshifting ‘Four Twenty’ is by Russia’s Unbalance, from the superb EP III, for his own label Overbalance.

The playlist then takes a brief turn to the deep and dub side of techno. Melbourne’s Pugilist contributes the beats and bass centred mover ‘Portal’ from his new EP Heavy Lies The Crown for TRULE. Barcelona based producer Adria Duch brings us some simultaneously spacious and enveloping dub in he form of the title track from his new EP Known Mean for Krad Selected. Menacingly keeping us at depth while upping the pace is Belarussian Cliche Morph with the ghoulish ‘Collapse’ from his new Exorcist EP for Postdynamic. Dutch producer nthng  then presents ‘Heitt’ a pensive and percussive taste off his new appropriately titled EP Hypnotherapy for Lobster Theremin.

We then move into a lighter more open stretch of the playlist. English left field techno producer Kelly Lee Owens is one of few across the techno landscape that actually value adds to her creations with vocals. The organically layered ‘Night’ which will appear on the now delayed LP Inner Song in August is no exception to that. Head to our post on the single here.  Esteemed Madrid producer Miguel Sar aka Tadeo brings us ‘Granada Granada’ a pulsating gem from 2006 off his new LP of unreleased recordings, 1999 to 2008 Works by Tadeo for Cyclical Tracks’ Artificial Intelligence series. ‘Cloud Has No Answers’ from UK Producer Third Son blends the tropical with the functional and is from his new This Is Fine EP for Polymath. ‘Downlink’, a melancholy mixture of techno and breakbeat is American left fielder Patricia‘s first impressive offering from Maxyboy his forthcoming album and return to Ghostly International due late June.

Birmingham’s Rove Ranger picks up the pace again with a driving piece of techno ‘If You Say So’ from his recent EP Rave Memories on 10 Pills Mate. The sharpened ‘Inky Starry Void’ comes from 2334, the new album by Immediate Proximity, the duo made up of Radio Matrix owner Niels Luinenburg aka Delta Funktionen and Russian artist Diana Napirelly. The no less razor sharp ‘Eryl’ comes from the collaboration between Berlin artist/producer and Human Lessons owner Emika Elena and Dutch based Swede Andrea Domeniconi aka Bmbmnd. The wired reverberations of the patient ‘Winter’ by Japanese techno wizard Ryogo Yamamori is the second cut from 1.0, the new six track Secession compilation aforementioned. The disciplined shifts of ‘Derail’, the work of Belgian producer Border One can be found on his new EP Restless for SK_Eleven. Mexican producer Fixeer contributes the insistent alarm of ‘Azul Maya’ from his forthcoming Tool 2 EP on Illegal Alien before Berlin’s Unpleasant Behaviour rounds out today’s additions and takes us down a veritable wormhole with the title track from the Fear of Change EP on Illegal Alien’s sub label Abstract Mechanisms.

The seven remaining tracks from the previous incarnation of the playlist come from French producer Laboreal, the latest exhibits from prolific experimentalists from Holland and Finland respectively, TWR72 and Aleksi Perälä, London’s Desert Sound Colony, Icelandic producer Oculus, Japanese artist and producer Yuki Takasaki aka Altone and the impressive Italian act My Flower.