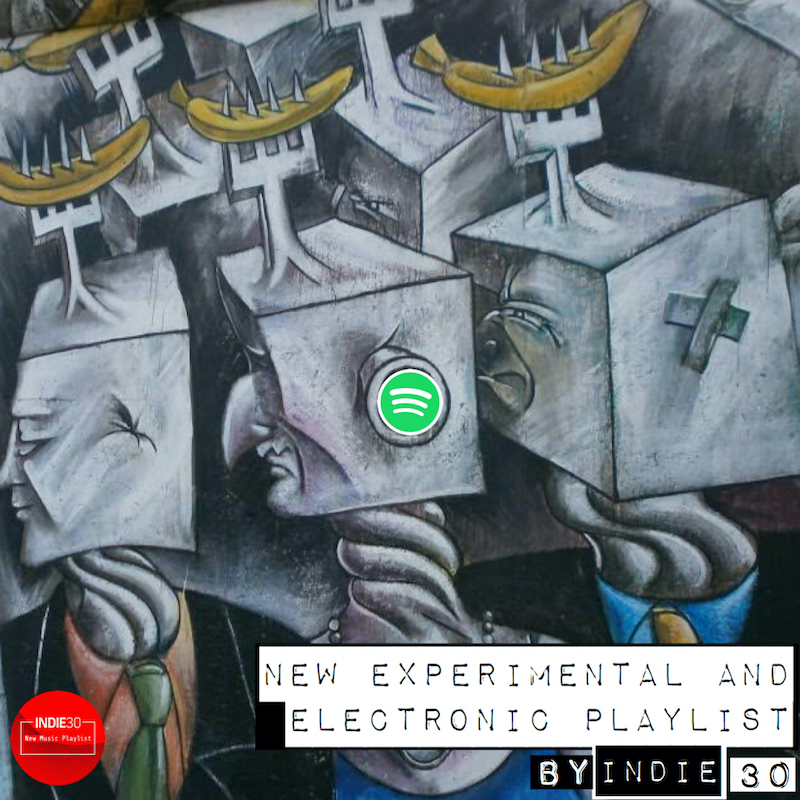 If you’re wondering why the written content has been a bit thin on here recently, a quick look at the quality across our seven New Music Playlists on Spotify should give you an inkling. Much of this sites energy is now spent scouring through music blogs, sites and correspondence to source the best new tracks released in the vital independent music space. The rewards are immense, such is the opportunity to embark on the intellectually inviting process of exploring the music world’s fearlessly futuristic nether regions and populate our New Experimental & Electronic Playlist with 30 brand new exhibits from artists such as these.

Music from two mainstay London labels get us underway, Whities 31st release hosts the stellar new EP by Russia’s тпсб (DPBF Dark Past Bright Future)  while Ninja Tune gift us the highly original new EP by Korean artist Park Hye Jin. Dutch electronic experimentalist Tom Rujig aka Tracey brings us another exquisite offering, this a self released 3 tracker. Berlin based soundscapist Jana Irmert presents a new track from her forthcoming record on Fabrique. Sebastien Mullaert is joined by the Tonhalle Orchester Zürich for Neue Meister. Carsten Nicolai aka alva nota drops some sweeping drama on his own NOTON label.

London artist Kel McKeown aka Kelpe has a new single out to follow up his excellent Run With The Floating, Weightless, Slowness LP from February. The dronal sweep thereafter comes from French Swiss composer Kassel Jaeger ahead of his new LP for Shelter Press while Budapest’s Gábor Lāzār has dropped his new razor sharp LP Source on Planet Mu.

The week is completed by three American releases. Mangling sanitised pop into emotive science experiments, Japan based computer music veteran Carl Stone has a double A side single for Unseen Worlds. Brooklyn duo Adrian Younge and Ali Shaheed Muhammad centrepieced the legendary Roy Ayres on vibraphone for their new LP. Before sadly succumbing to COVID-19 in April, arguably the greatest free jazz bassist ever Henry Grimes joined SPARKLE DIVISION, the project belonging to William Basinski and Preston Wendel, to contribute some magic on their forthcoming new release To Feel Embraced

Follow and enjoy here. All tracks replaced to make way for new find a permanent home in the Tracks of 2020 Series: Experimental & Electronic Playlist here. Both now playling below.