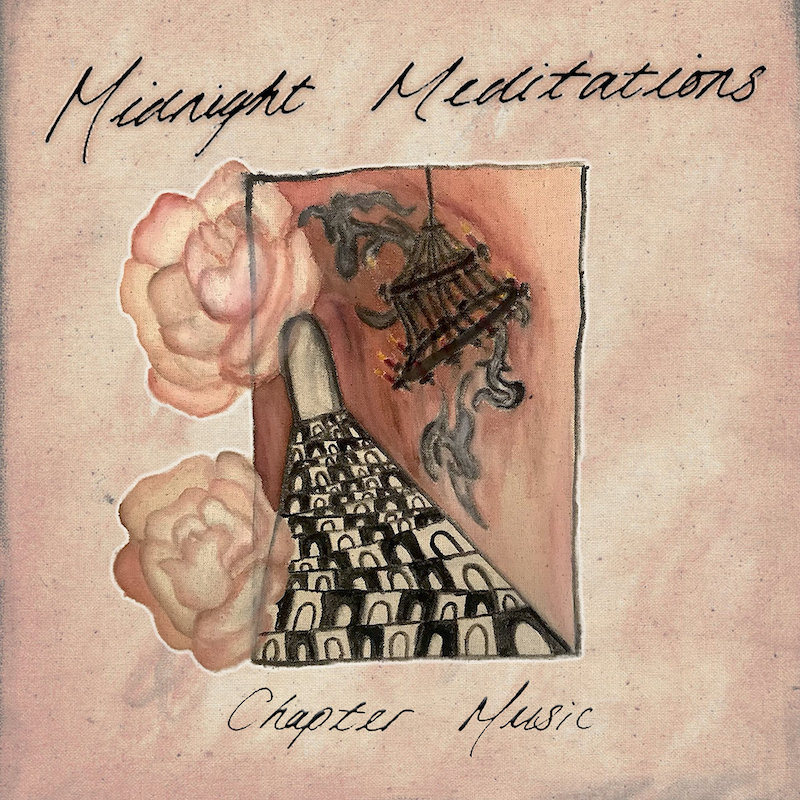 Long standing Melbourne label Chapter Music has put out Midnight Meditations, an ambient and downbeat collection of previously unreleased tracks from Australian artists that spans almost four decades. Appropriately self described by the label as ‘designed to help listeners through the long dark nights of the soul.’ It’s an assortment of the dazzling, downy, durable and both possessing both a sense of the ironic and a definitive utility as a work that adds to the Australian musical landscape — two cultural factors essential in these troubled times.

The line-up of tracks include an ever-instructive ballad from New Zealand born singer-songwriter Sarah Mary Chadwick and a piece of bustling surreality from electronic experimentalist Emma Stevenson aka Gallery B. There’s also a beautifully repressed home recording on piano by electronic musician and composer Carolyn Schofield whose work as one half of Rolling Mass with Max Kohane can be found here. This track, recorded six years ago is apportioned to her solo moniker Fia Fiell.

Other tracks include a work from soothing solo side of Thomas Hardisty (Nun, Constant Mongrel and Woollen Kits), a smoky paean to working at Home from R. Edwards (Dick Diver) and an unintentionally obscurant and delightfully strange demo from founder Guy Blackman. In addition to the erudite quality of the aforementioned, I’ve picked the following three tracks to specifically talk about and share with you.

I was lucky enough to see Yirinda, the project belonging to Butchulla songman and musician Fred Leone and experimental contrabassist and electronic producer Samuel Pankhurst perform at the Golden Plains Festival in March. The set included the compilation’s spellbinding opener ‘Nhaya’ (To See), its deep meaning conveyed through a shrouded mist of hypnotic electronic modulation in Badjara, the Aboriginal language belonging to the nations and communities of the Fraser Island region of Queensland.

The pastoral and lounge like angularity of ‘Rats On The Roof’ comes from The Green Child, a long distance musical relationship created in 2018 by Raven Mahon (Grass Widow) and Mikey Young (Eddy Current Suppression Ring, Total Control) while Mahon lived in San Francisco. Its Oscar O’Shea directed video is below.

Whether framed in or out of its recorded context, closer ‘Greater Expectations’ provides arguably the most weirdest listening experience on the album. It’s by Melbourne composer and Essendon Airport mastermind David Chesworth, and esteemed session bassist Bill McDonald (Paul Kelly, Frente, Stephen Cummings) and was recorded in a chapel directly to cassette for a radio broadcast back in 1984. Full context for the unlikely event is best left for the label and Chesworth to describe along with descriptions of the genesis behind all 14 here.

Listen to the Yirinda and Chesworth/McDonald contributions below where you’ll also find the brand new video for by The Green Child’s ‘Rats on The Roof’. You can also find it playing in our 30 track New Pop/Rock Playlist here on Spotify.

Chapter Music’s Midnight Meditations was made with the support of The City of Melbourne’s COVID-19 Arts Grants scheme and is available digitally here.

Rats On The Roof