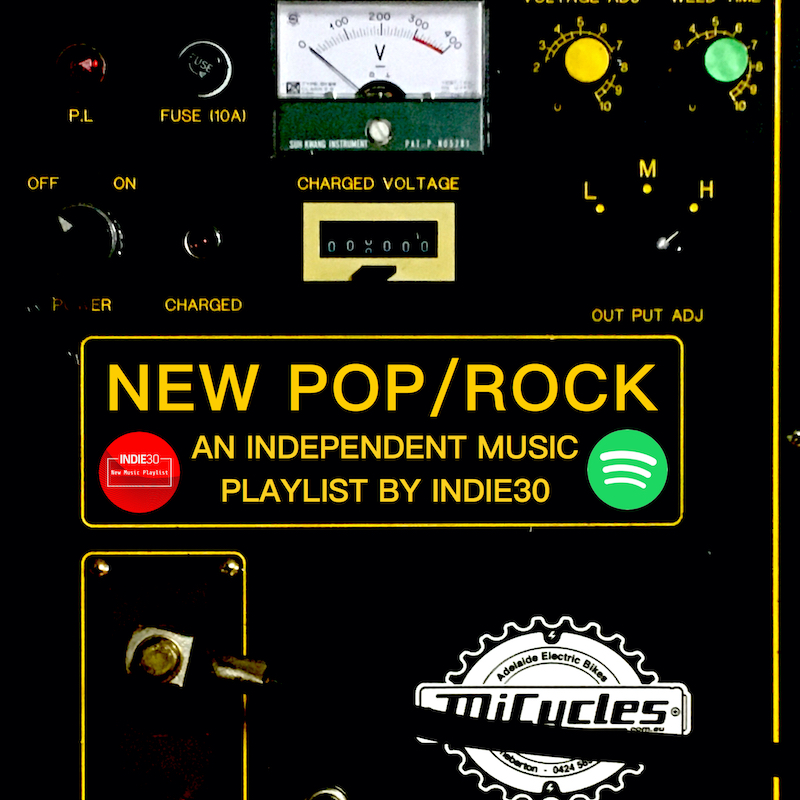 It could be in our Electronic Pop Playlist. It could be in our Post Punk Darkwave Coldwave Shoegaze & Post Rock Playlist. But its here in our New Pop/Rock Playlist on Spotify. Such is the crossover effect of the synthpop, post-punk motorik and indie rock nature of ‘Someone Else’  by multinational London outfit Pynch. The track lyrically aims a driving broadside at the shallow nature and meaningless preoccupations of mainstream society under the bread and circus thrall of a culture lacking in ethical behaviour and dominated by the short-termism of neoliberal economics.

There’s also new music in the form of the atmospheric ‘Gone’ from Canadian singer-songwriter, musician, actor and filmmaker Kaelen Ohm aka Amaara. Released simultaneously with the more staid but equally powerful ‘Alone’, both will appear on her soon to be released album Heartspeak due in August 14 on Lady Moon Records. The self-directed videos for both tracks are are outstanding.

The jangle pop beauty of ‘Melt’ comes from Moscow quartet Mashmellow led by Masha Shurygina and Egor Berdnikov from their recent Someday Club EP. The gorgeous ‘Could You Be The One’ is the B-side from the new single by Sweden’s The Radio Dept, a cover of the 1964 Tri-Lites track, You’re Lookin’ At My Guy.

The super strong ‘Maker’ comes from Boston based trans artist Anjimile and is the first single to be lifted from their forthcoming album on Father Daughter in October,  Giver Taker. Pop soaked psych rockers from Madison Slow Pulp hav released the slow burning ‘Idaho’ from Moveys their forthcoming album also slated for an October release on Winspear. Oakland based singer-songwriter Madeline Kenney has a 90s off beat inspired new single out called ‘Double Hearted’ which will appear on her upcoming new record Suckers Lunch for Carpark.

Chicago artist Lala Lala has been busy and contributes to two tracks currently featuring in the playlist. The first is for the laid back ‘Whistle In The Wind (End of Everything) by fellow Chicagoans Twin Peaks while the second is for the slightly more upbeat ‘Good For You’ by Brighton’s Porridge Radio.

The list is completed by the following artists and bands; The Green Child, Simen Mitlid, Lawn, Heffner, Planet Loser, Sad13 Dent May, Corey Flood, Oracle Sisters, Disq, The Gloomies, Fear of Men, Films On Song,  Slight Of and Baybs.

The New Pop/Rock Playlist is limited to 30 original tracks and is now playing here on Spotify and has been embedded below. Further below that is the embed of this Playlist’s edition of our Tracks of 2020 Series where every new track removed to make way for new music can be found here. All the good music updated in good time. Follow and enjoy.

*This article previously had Pop Filter as a trio. This has now been corrected.